Young Thug and Mariah The Scientist sparked relationship rumors when they were spotted on a date at an Atlanta Falcons game in November, and they’re adding fuel to the fire with a wedding-themed visual for their “Walked In” collaboration on Friday (January 14), which is directed by Mariah herself.

The R&B rising star walks down the aisle with Thugger as her new husband. An opening scene of the clip finds the couple happily enjoying their wedding dinner with Gunna making a cameo as Thug’s best man.

There’s also a scene with Thug and Mariah cutting their wedding cake. The afterparty is where things are taken to another level at a rented-out strip club with dollars flying at every turn.

Thugger and the “Reminders” single reconnect at the strip club for a romantic moment even with the twerking women attempting to distract the YSL boss.

The night looks like such a success to the point it could convince people to actually hit up a strip club for their wedding afterparty which might seem like a disastrous idea on its surface.

Young Thug and Mariah the Scientist chill together at the Falcons vs. Patriots game. 💜 pic.twitter.com/zr5pe2y6vZ

“Walked In” landed on Mariah The Scientist’s acclaimed RY RY WORLD project which was released via RCA Records in July and also featured an assist from Lil Baby. 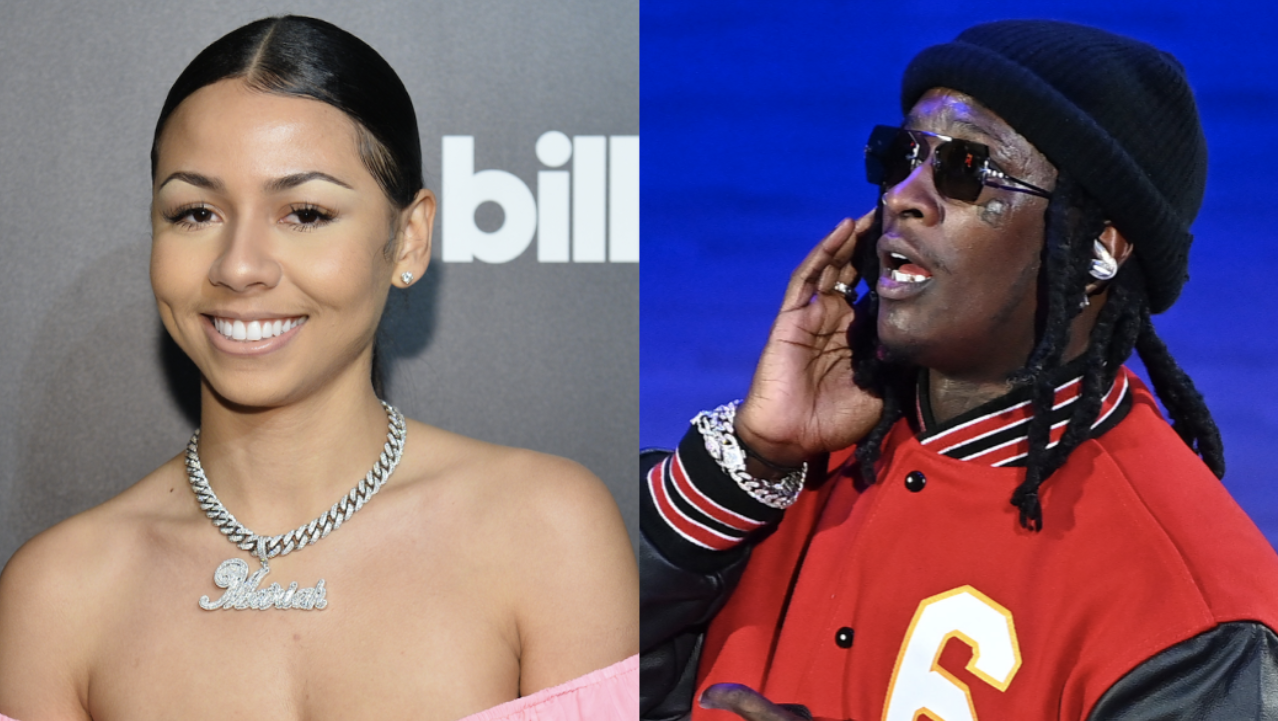 Mariah The Scientist is also looking to continue her acting ways into Hollywood. She clamored for a spot in HBO’s Euphoria show earlier this week and knows the exact role she’d want.

“I’m gonna go out on a limb and say they need to cast me as Alexa Demie’s girlfriend,” she wrote.