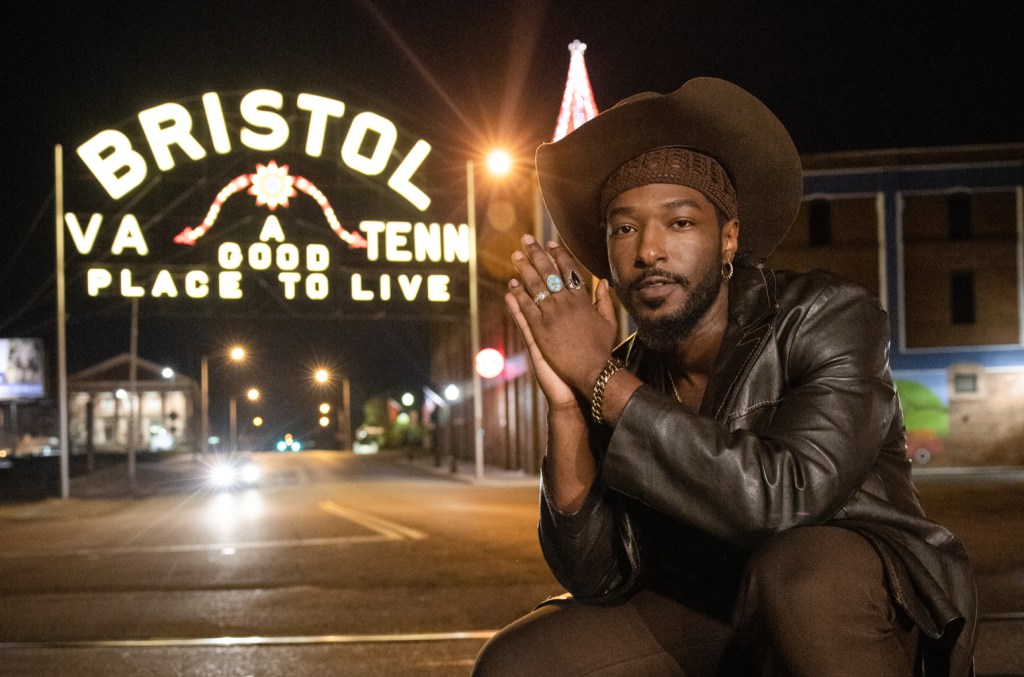 Before the Nov. 19 release of his food-themed singles “Slow Cookin’” and “Soul Food” — dubbed a “2-Piece Combo” — Willie Jones decided a trip to Bristol, Tenn. was in order.

Bristol’s not directly mentioned in either song, but given that “Slow Cookin’” is a country-trap track that samples “Hey, Good Lookin’” — Hank Williams’ 1951 classic that reached the top of Billboard’s Hot Country Songs chart — the idea of visiting the place that is renowned in country lore as the last place that the “Hillbilly Shakespeare” was seen alive felt necessary for the Penthouse/Sony Music Nashville artist. He chronicled his trip in the video below.

“[“Slow Cookin’”] is the latest example of me trying to expand the genre of country music,” Jones tells Billboard. “This time, I added my own flavor — just like my mother’s soul food recipes we’re giving away with the 2-Piece Combo — to something that every country music fan should already know.”

Jones, a Shreveport, La., native, became a fan of the legend when he played the revived Louisiana Hayride in 2013. The country music performance program initially broadcast from Shreveport’s Municipal Memorial Auditorium from 1948 to 1960 and was a familiar stop for Williams after he was fired from the Grand Ole Opry before he died while on tour in Bristol.

Bristol is also where Victor Talking Machine Company producer Ralph Peer recorded acts, including The Carter Family, in a series of landmark 1927 recording sessions known as The Bristol Sessions, which essentially birthed the genre of country music.

Therefore when Jones’ manager, The Penthouse’s Jonnie Forster, reached out to Leah Ross and Charlene Baker — respectively, the executive director and communications director of the now seven-year-old and Smithsonian-affiliated Birthplace of Country Music Museum (BCM) — to pull together something for the two-song release, they sprang into action.

Beyond the Bristol Sessions and Hank Williams’ legacy, the city has firm roots in all facets, timeless and modern, of country music. Hitmakers regularly play the 90-year old Paramount Theater. Singer-songwriter Jim Lauderdale’s name graces the stage at downtown Bristol’s new Sessions Hotel, which hosted acts like Morgan Wade this summer. The movement towards racial equity in country music has a stake in Bristol, too: Dating back to 2005, the groundbreaking Carolina Chocolate Drops had many of their foundational first showcases in town. Roots artist Amythyst Kiah is from neighboring Johnson City and counts Bristol Rhythm & Roots as one of the first festivals she played as a solo artist in 2010.

“Over the past few years, whether it’s at Bristol’s Rhythm & Roots Reunion Festival, playing at the Paramount Theater or just their curiosity, a younger generation of artists know their country music history and want it to continue to influence the country music industry,” BCM’s Ross says. “When artists who are so popular like Willie want to do things like this, it makes the work of the museum, and of everyone in town, worthwhile.”

The team at BCM coordinated a whirlwind one-day experience along Bristol’s Tennessee/Virginia border for Jones that including touring the museum, being interviewed at WXBQ 96.9, visiting global live-streaming station Radio Bristol, and stopping at Burger Bar — the still-operational hamburger restaurant where Williams was seen alive on New Year’s Eve 1952.

At the Burger Bar, Jones met with local journalist, photographer, and historian Tom Netherland, who explained the significance of Jones’ including Williams’ music.

“What you’re doing here today, it’s deeper than the sample,” Netherland said. “You know, Rufus ‘Tee Tot’ Payne taught Hank [Williams] the blues. So if you’re hearing ‘Your Cheatin’ Heart,’ ‘Hey Good Lookin’,’ any of those songs, there’s an African-American artist at the core of those. And now, we’re sitting feet away from the last place — until now — where those vibes were seen and felt, directly. It’s crazy, right?”

Clearing the “Hey Good Lookin’” sample was a process. “During one of Willie’s writing camps in Los Angeles, we heard a very simple demo that included that signature Hank Williams sound. Willie knew meshing his personal flavor on ‘Hey Good Lookin’’ would be a moment and a personal milestone for him in helping expand the genre,” Forster says. “Sampling and interpolations in hip hop are the norm, and we were successful in working with, T.I. on [Jones’ 2020-released T.I. collaboration] ‘Down For It’ in the past, but for this sacred of a country song — by arguably country music’s biggest icon — we had our fingers crossed for a long time. After a few months of negotiating, our label partners at Sony Music Nashville, knowing the magnitude, stepped in with getting the approvals from their sister company, Sony Music Publishing, the publisher for Hank Williams. The rest, hopefully, will make history.”

BCM’s Baker hopes more collaborations are coming. says, “Bristol is so warm and so unique in so many ways. Aside from the history, we have so many well-respected and world-class people, facilities, and events to offer.” Jones himself added, “Yeah, man, Bristol is cool. I didn’t quite know what to expect. But I think I’ll be back, for sure.”