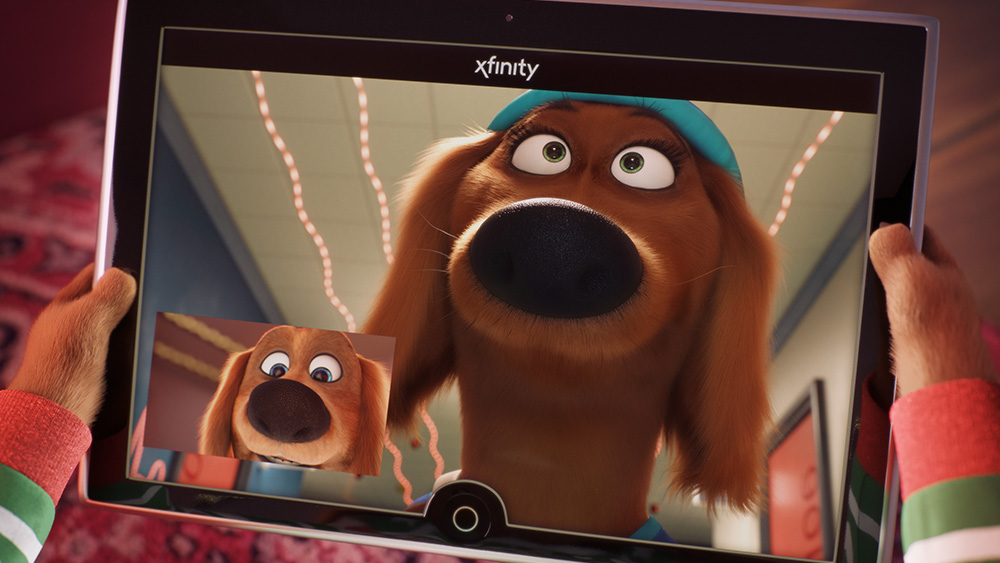 Feeling bullish about Sing 2, the animated sequel hitting theaters December 22, NBCUniversal and parent company Comcast are using it for their annual Thanksgiving promotion for Xfinity.

Much longer than the usual 30 seconds of most TV commercials, Comcast’s cinematic spots for its flagship broadband and TV brand have become an annual staple. They first appear during NBC’s broadcast of the Macy’s Thanksgiving Day Parade and get amplified by other synergistic platforms like Today.

Directed by Garth Jennings, the writer and director of the Sing films, the short that debuted during today’s parade coverage is titled “Come Home.” It introduces a new group of anthropomorphized animal characters who are not seen in the films. (Watch it above.)

The holiday season finds most of a dog family at home as a snowstorm hits. Angie, voiced by actress and TV personality Keke Palmer, is the pack’s mother. As a favorite holiday variety show is about to come on TV, she is driving home from work. Stranded by the blizzard, she winds up backstage at the variety show studio, where the franchise’s main characters, voiced by Matthew McConaughey, Reese Witherspoon and others, briefly appear. Angie then gets a chance to connect with her family even if she can’t physically make it back to the house.

The film follows two lavishly mounted shorts that premiered on Thanksgiving and then aired in shorter form as ads through the holiday season. In 2019, Comcast staged a sequel-of-sorts to E.T. the Extra Terrestrial and last year released a Craig Gillespie-directed outing with Steve Carell playing Santa Claus as he navigated through Covid. In those previous cases, a truncated version of the films aired on NBC, with the full one only available online. This year, a two-minute block during the parade broadcast will be devoted to the complete short and it will also be online.

Illumination, the NBCU-owned studio behind Despicable Me and Sing, made the short.

“Working hand-in-hand with Universal and Xfinity, Illumination was given the opportunity to create content that was rooted in the world of Sing and captured Xfinity’s holiday spirit,” Illumination founder and CEO Chris Meledandri said. “The content introduces a brand new character who unexpectedly finds themselves expressing themselves creatively through song. It’s an honor to be able to remind people of the power of being together this holiday through the world of Sing 2 and our characters.”

Palmer will appear next summer in Universal’s Jordan Peele-directed horror film Nope. Along with music and theater work, she gained fame on TV as a host alongside Michael Strahan and Sara Haines of a third hour of Good Morning America. Although the talk show ended its brief run in 2020, it netted Palmer a Daytime Emmy Award nomination.