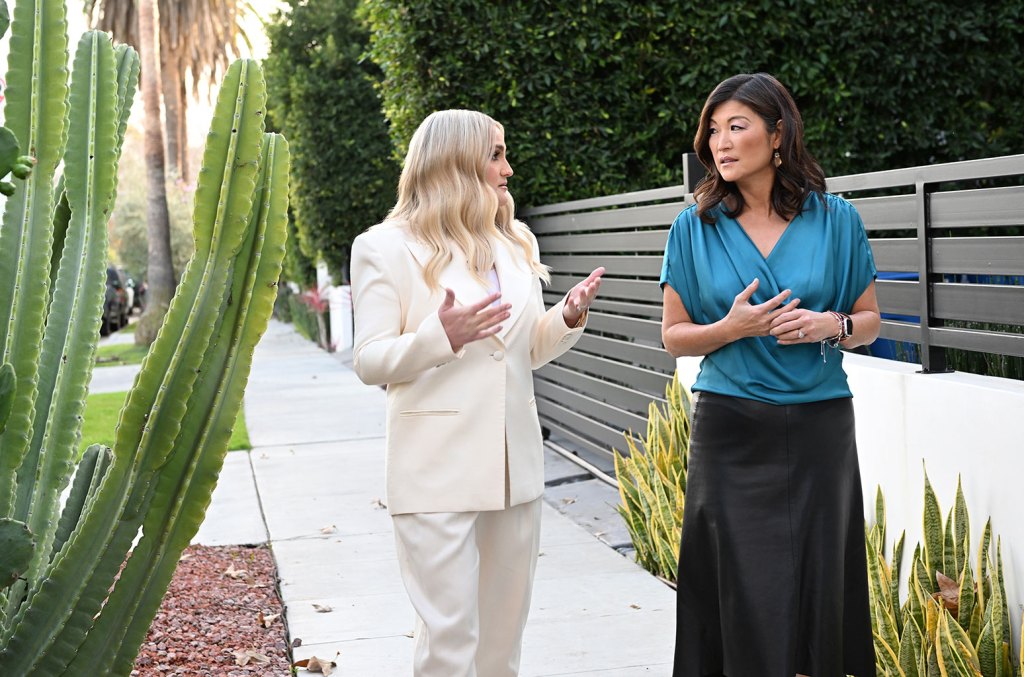 In a wide-ranging interview with ABC News that aired on Good Morning America and Nightline on Wednesday (Jan. 12), Jamie Lynn Spears opened up about her sometimes contentious, chaotic relationship with older sister Britney Spears, including two scary incidents she chronicles in her upcoming memoir, Things I Should Have Said (Jan. 18).

Jamie Lynn told ABC News’ Juju Chang about an incident in which Britney allegedly grabbed a knife and locked herself and her sister in a room after telling Jamie that she was scared. “I think that experiencing my own panic attacks and how sometimes we can feel in those moments is important,” Jamie Lynn said in response to Chang’s question about why she wanted to include the story in her memoir.

“But also it’s important to remember that I was a kid in that moment. I was scared. That was an experience I had. But I also was fearful to, like, really say anything because I didn’t want to upset anybody or anything. But I also was so upset that she didn’t feel safe.”

The younger Spears, 30, who said she thought of Brit as “like another momma” when they were growing up, writes about watching Britney’s behavior begin to change when the singer publicly struggled with mental health issues in 2007 and 2008, describing the “Gimme More” star as “erratic,” “paranoid” and “spiraling” during that period.

And while Jamie Lynn told Chang that she can’t speak to Britney’s current state of mind, she did try to describe how she felt during the years when her sister was struggling, “because that matters. It matters that I was in pain. It matters, it doesn’t matter where they came from.” In the book she reportedly describes how after several years of a low-simmering tension, the siblings’ relationship boiled over during the COVID-19 pandemic when, “Britney came at me screaming and getting up in my face.”

The alleged confrontation occurred while Jamie Lynn was holding holding her toddler daughter Ivey in her arms. “She cursed at me and so I just walked out of the rooms. I was like, ‘we’re just all family under one roof,’” Jamie Lynn said. “I’m not trying to argue. And when I try to remove myself from the situation, that’s when I guess she just got really angry and my oldest daughter [Maddie] tried to, you know, mediate the situation, I hated that, like, that’s not what you’re supposed to do, you’re 12.”

According to Jamie Lynn, instead of respecting both their daughter’s wishes, their parents reverted back to “unhealthy patterns” by telling her “that I shouldn’t be upset, like I can’t upset Britney. I said you just saw me and my children be upset. When will I matter?”

The interview, which also touched on Jamie Lynn’s support of Britney during the singer’s fight to get out of a constrictive, 13-year conservatorship and Maddie’s near-death experience after an SUV crash, also contains some tearful, loving moments in which the former Zoey 101 star reveals that despite the public, and private spats, at the end of the day blood is thicker than drama.

“I’ve only ever loved and supported her and done what’s right by her, and she knows that, so I don’t know why we’re in this position right now,” she told Chang; a spokesperson for Britney Spears had not returned requests for comment at press time.

Check out video from the Nightline interview (knife incident around 4:45 mark, and screaming match at 9:40).

Here are the patch notes for Pokémon UNITE version 1.4.1.2