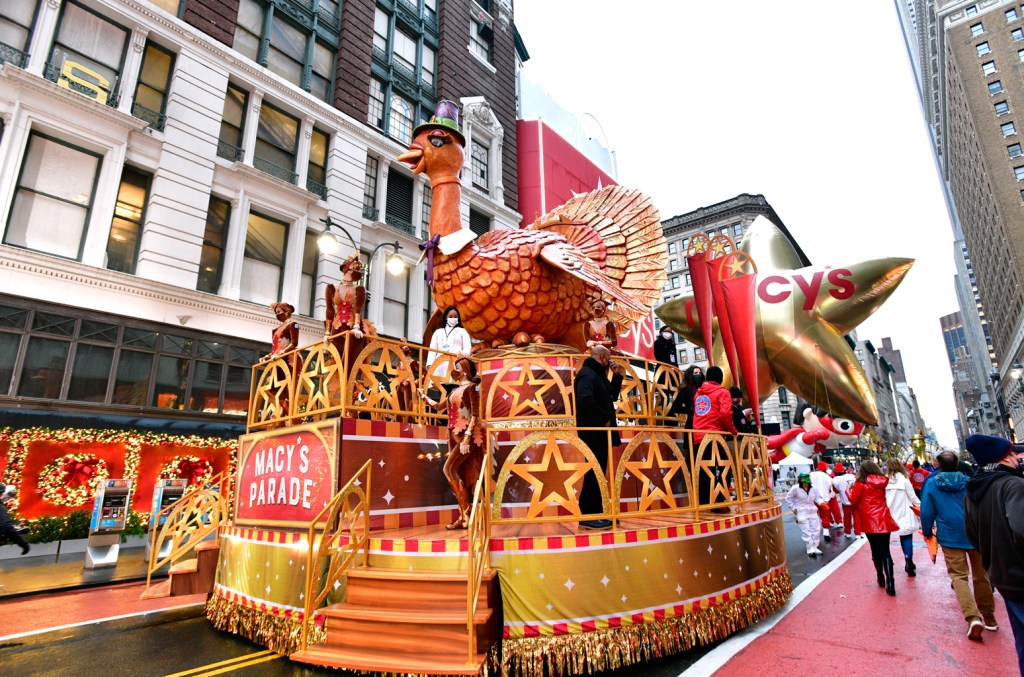 The annual Macy’s Thanksgiving Day Parade is returning for its 95th installment this year and will air across the country on Thursday (Nov. 25).

After last year’s event aired on television with no crowd due to COVID-19, this year’s parade is set to take place again in New York City in front of a live audience, making its 2.5-mile trek through Manhattan and featuring performers and attendees as it travels from the city’s Upper West Side to Midtown.

Fans looking to watch the parade this year are in luck because there are several ways to tune into the event with or without cable. Find out how below.

How to Watch Macy’s Thanksgiving Parade

The 95th Macy’s Thanksgiving Day Parade will be broadcast on NBC from 9 a.m. to noon ET and will commence in New York City at 9 a.m. ET.

How to Stream Macy’s Thanksgiving Parade

If you have cable (or a digital TV antenna like this one from Amazon), you can watch the parade on TV through your local network NBC affiliate.

The Macy’s Thanksgiving Parade can be viewed online, as NBC can be streamed using SlingTV, fuboTV, or Hulu + Live TV. All of these services offer free trials, which will allow you to watch the Thanksgiving parade fun for free online without cable.

How to View the Macy’s Thanksgiving Parade in Person

There are a small number of viewing areas for the Macy’s Thanksgiving Parade, but fans can start arriving at 6 a.m. ET  Central Park West between West 75th to West 61st Streets. Great views can be found on 6th avenue between West 59th to West 38th Streets, and limited public viewing on the south side of West 34th Street between Broadway and 7th Avenue will be available.

Who is performing at the Macy’s Thanksgiving Parade?

This year’s parade will feature more than 35 performances. Jon Batiste, who just earned a whopping 11 nominations for the 2022 Grammy Awards, will be singing atop the Louisiana Office of Tourism’s float. Kelly Rowland will appear on Lifetime’s Christmas in Town Square float, while Kim Petras will perform on Coach’s float. K-pop group Aespa (on Olay’s Her Future is STEM-Sational float), Jimmie Allen (on Green Giant’s float) and more will be featured during the parade.