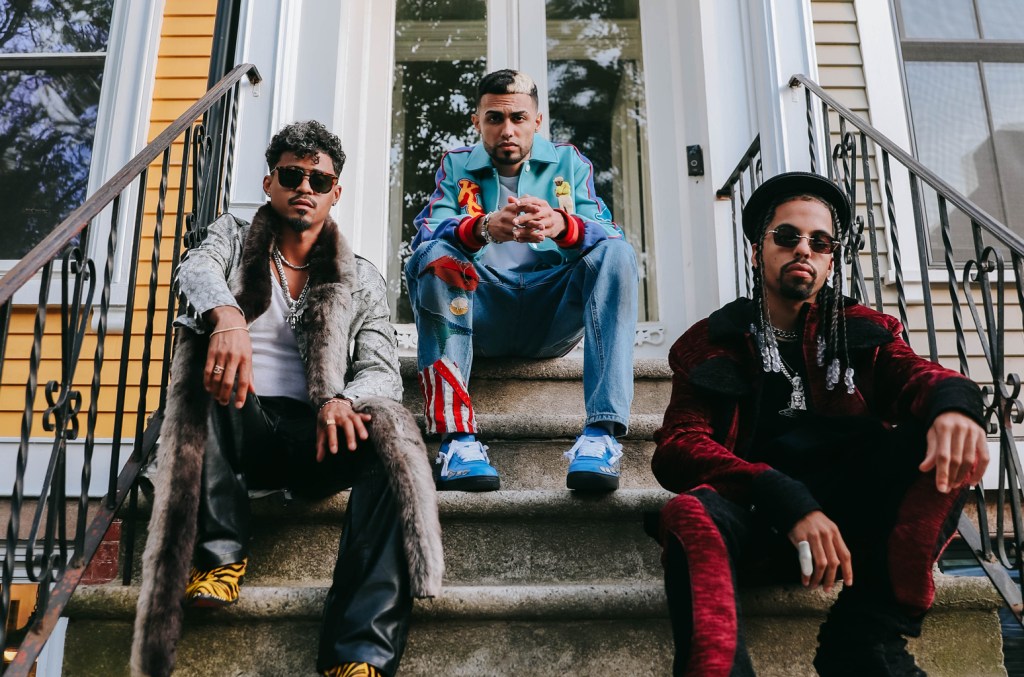 Kicking off with the melancholic lyrics “You were my sadness and my happiness/ A thorn that I can’t remove,” “Chantaje” (Blackmail) brings to the forefront “the dark side of a relationship that is going through difficult situations,” as described by the Puerto Rican duo in a statement.

The music video, helmed by director Joseph Cavallini and produced by his company Sleeping on Mars, shows all three acts going about their days as a mysterious woman follows them around and snaps photos of them. The video unfolds two sides to the story: someone who chooses to move on from a relationship (despite their pain) and someone who has trouble letting go.

Watch the music video below: