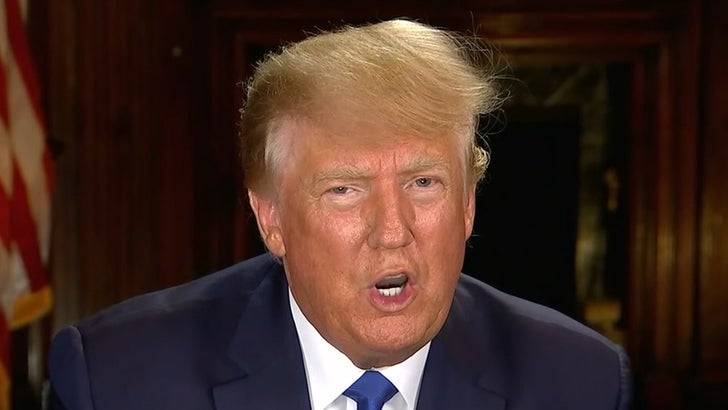 Kyle Rittenhouse is making the rounds in right-wing circles — and his latest stop was with none other than Donald Trump … who’s fully in his corner in the wake of his trial and acquittal.

DT was on Sean Hannity’s show when he revealed he got some face time with Rittenhouse, who’d apparently just left “a little while ago” from his Florida resort home, Mar-a-Lago. It’s unclear exactly when this meeting took place — Hannity said he interviewed DT Monday.

Anyway, Trump wasn’t shy to let the FOX News audience know how he felt about the whole case — telling Hannity that Rittenhouse never should’ve been put through the wringer… calling the whole thing “prosecutorial misconduct.”

Kim Jong-un.
Rittenhouse was acquitted on all charges, with a verdict finding him not guilty of murder — or any wrongdoing, as the jury felt he was acting in self-defense when he shot and killed 2 people and injured a third.

Rittenhouse did an interview with Tucker Carlson … saying the case wasn’t about race, that he wasn’t a racist — and, interestingly, that he may be ramping up to sue people he believes might’ve defamed him by calling or characterizing him as a white supremacist.

The US stock market suffered a bad sell-off on Black Friday. Here are the biggest losers (and winners).