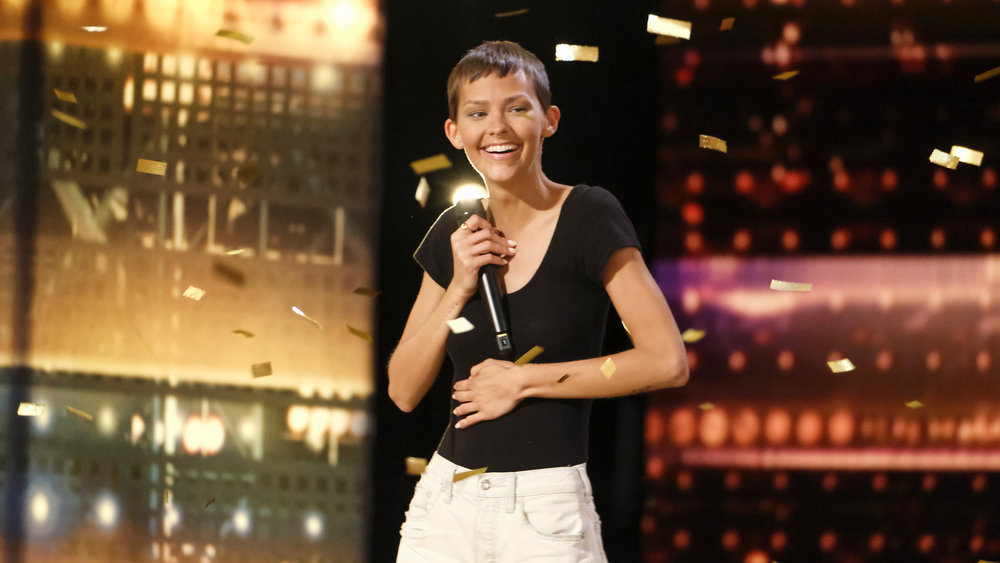 Jane “Nightbirde” Marczewski, a singer who received the Golden Buzzer from Simon Cowell on America’s Got Talent, provided an update on her cancer treatment after she withdrew from the talent competition in August.

Speaking to Chris Cuomo on Tuesday, the singer said that treatment has been going well, if not a bit slowly.

“It’s happening slow little by little, day by day. I’m getting a little better,” she told the CNN host. “I did get a scan result back and a bunch of stuff that was there disappeared. A bunch of the big stuff has gone down in size so we’re on the way.”

In June, the Ohio native made a splash with her AGT audition, where she performed her original number “It’s Okay.” Cowell honored the singer with the highly-sought after Golden Buzzer and his fellow panelists honored her with a standing ovation.

Months after her audition, Nightbirde dropped from the NBC show sharing that her “fight with cancer is demanding all of my energy and attention.”

Now making some positive headway in her treatment, Marczewski reflected on battling cancer in the public eye and how her experience with her rare illness has given her a new perspective on life, especially with Thanksgiving around the corner.

“Life is so imperfect and there’s so much hard stuff and unfair stuff mixed in, sometimes we don’t recognize that our dreams are happening and miracles are happening,” she reflected. “The miracle I wanted – I wish I could skip the pain, that this would go away super fast.”

She continued: “There’s 100 different miracles in the fight. If I only take the ones that taste sweet I won’t get any miracles at all. So I’m grateful for whatever I have.”

She also spoke to Cuomo about her next steps, which include writing more music and putting together an album. Watch the full interview clip below.