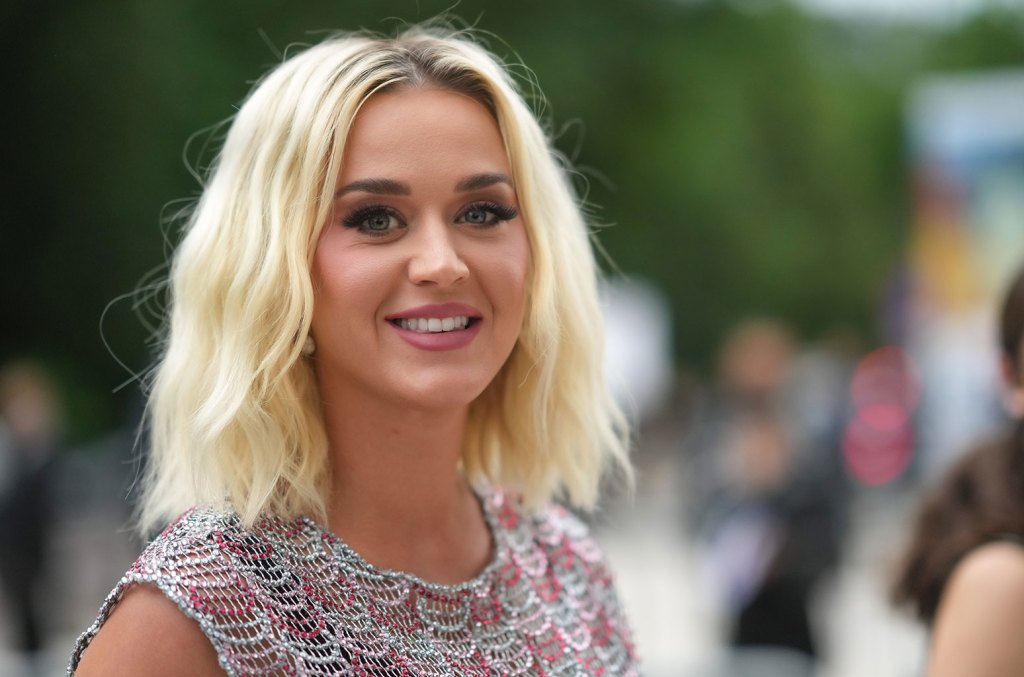 Katy Perry wants to leave you something to remember “When I’m Gone.” So, the singer posted some behind-the-scenes pics from the video shoot for her new dance-tastic single with DJ/producer Alesso. In the series of snaps Perry shows off some of the costumes from the high-fashion visual, opening with a provocative topless snap in which she’s only wearing wide-leg jeans and a knowing over-the-shoulder look as she stands facing a wall with her hands up next to a sign that warns: “do not hose down.”

“Let it burn baby,” Perry, 37, captioned the series, along with the #WIG tag.

In a second pic, Perry stares down into the camera while grabbing a handful of hair with an overflowing costume rack behind her, then  sips a red drink in a plastic cup and rocks her chain-mail look in another. The carousel ends with Perry flanked by her hair and make-up team while she models the red lace-up bustier and black pants combo from the “When I’m Gone” video.

The “WIG” clip — which finds Perry cycling through more than half a dozen outfits — dropped on Monday night during halftime of the 2002 College Football Playoff National Championship. On Wednesday, Perry celebrated fiancé Orlando Bloom’s 45th birthday with a sweet post paying tribute to the actor’s generous spirit. “Happiest 45th to the kindest, deepest, most soulful, sexy & strong man I know,” Perry wrote alongside a gallery of pics of her longtime love. “thank you for being a constant compass, an unwavering anchor and bringing joi de vivre into every room you walk in.”

Check out the “WIG” outtakes below.